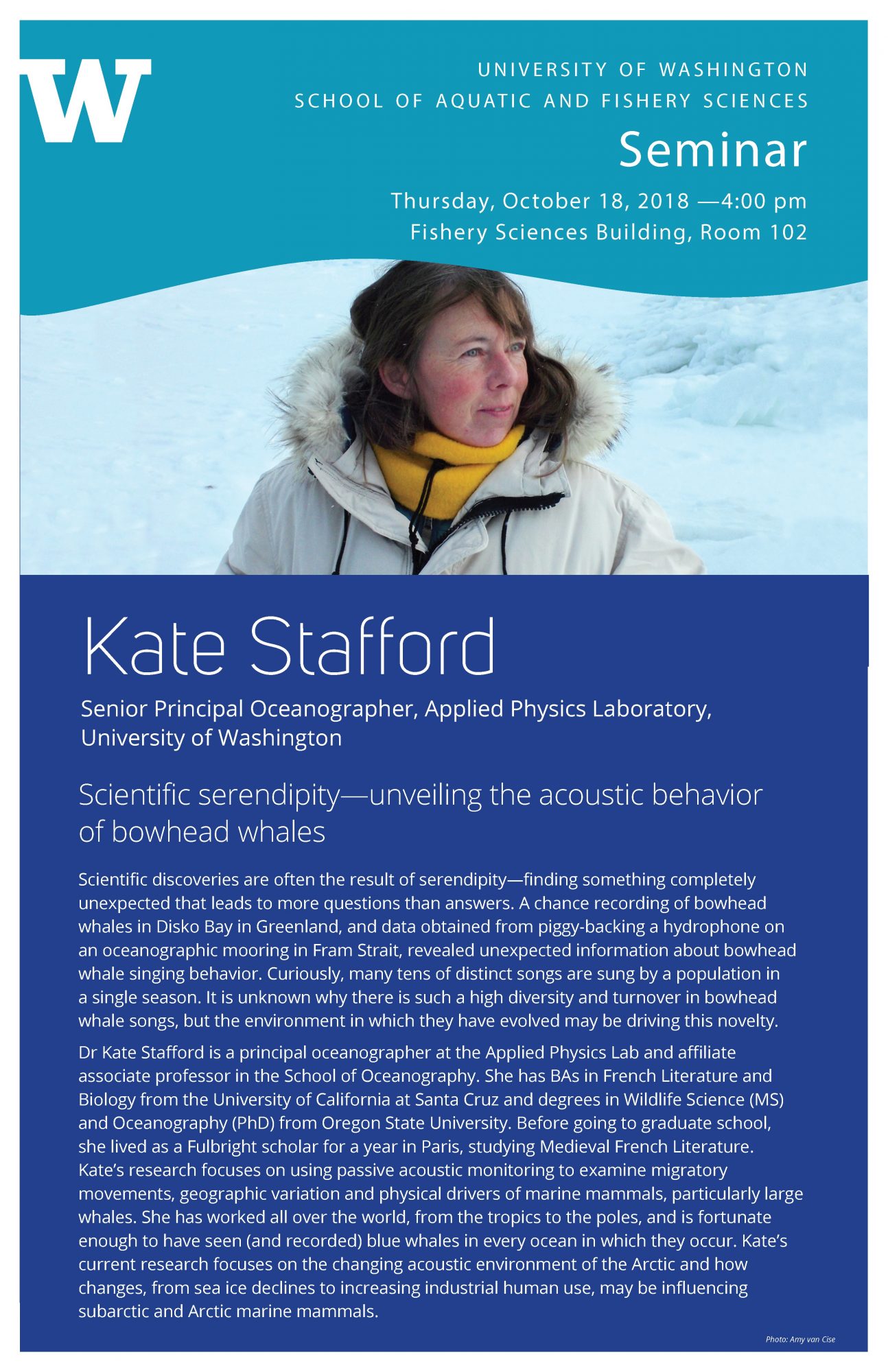 Scientific discoveries are often the result of serendipity—finding something completely unexpected
that leads to more questions than answers. A chance recording of bowhead whales in Disko Bay in Greenland, and data obtained from piggy-backing a hydrophone on an oceanographic mooring in Fram Strait, revealed unexpected information about bowhead whale singing behavior. Curiously, many tens of distinct songs are sung by a population in a single season. It is unknown why there is such a high diversity and turnover in bowhead whale songs, but the environment in which they have evolved may be driving this novelty.

Dr Kate Stafford is a principal oceanographer at the Applied Physics Lab and affiliate associate professor in the School of Oceanography. Kate has BAs in French Literature and Biology from the University of California at Santa Cruz and degrees in Wildlife Science (MS) and Oceanography (PhD) from Oregon State University. Before going to graduate school, she lived as a Fulbright scholar for a year in Paris, studying Medieval French Literature. Kate’s research focuses on using passive acoustic monitoring to examine migratory movements, geographic variation and physical drivers of marine mammals, particularly large whales. She has worked all over the world, from the tropics to the poles, and is fortunate enough to have seen (and recorded) blue whales in every ocean in which they occur. Kate’s current research focuses on the changing acoustic environment of the Arctic and how changes, from sea ice declines to increasing industrial human use, may be influencing subarctic and Arctic marine mammals.