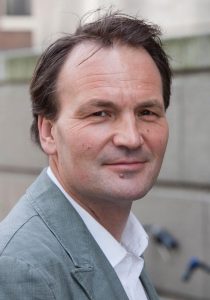 Historically, models describing the dynamics and management of marine populations are based on assumptions that poorly reflect the ecology of and the complex interactions between individual organisms and their environment. For example, the most often used multi-species models of fish communities only take into account the negative effect of predator-prey relations between fish species, that is, the mortality impact on the prey, but ignore the benefits of predation, the increase in mass of the predator. With an increasing demand for ecosystem based management this discrepancy between the models and the ecology becomes important to address. In this presentation I review how current fisheries models account for ecological processes. Subsequently, I will introduce a class of size-structured population models based on individual energetics that explicitly account for ecological interactions of individual fish. Analysis of models of this kind will be shown to not only increase our understanding of the mechanisms shaping fish community dynamics, but also make counterintuitive predictions about the outcome of fisheries management strategies. More specifically, it will be shown how intermediate levels of harvesting prey fish may promote rather than demote persistence of piscivores. Lastly, I will show how the same type of size-structured population models based on individual energetics can also be applied more generally, for example, to explain the persistent population oscillations that have been observed in Antarctic krill.

Bio: André de Roos’ research focuses on the relationship between individual life history and the dynamics of populations and communities. Whereas the main body of theory concerning population dynamics and community structure is based on the analysis of unstructured, Lotka-Volterra type population dynamic models, which ignore differences between individuals altogether, the defining feature of biological organisms is that they grow and develop throughout their life from the moment they are born till the moment they die. In between these individuals might reproduce, but the majority generally does not. Hence, after mortality ontogenetic development and growth in body size can be considered the most prominent life history processes, which furthermore commonly results in individuals playing a different ecological role in the different stages of their life history. Using a special class of physiologically structured population models, André de Roos theoretically explores the often counter-intuitive effects of density dependence in ontogenetic development on the dynamics and structure of marine communities.