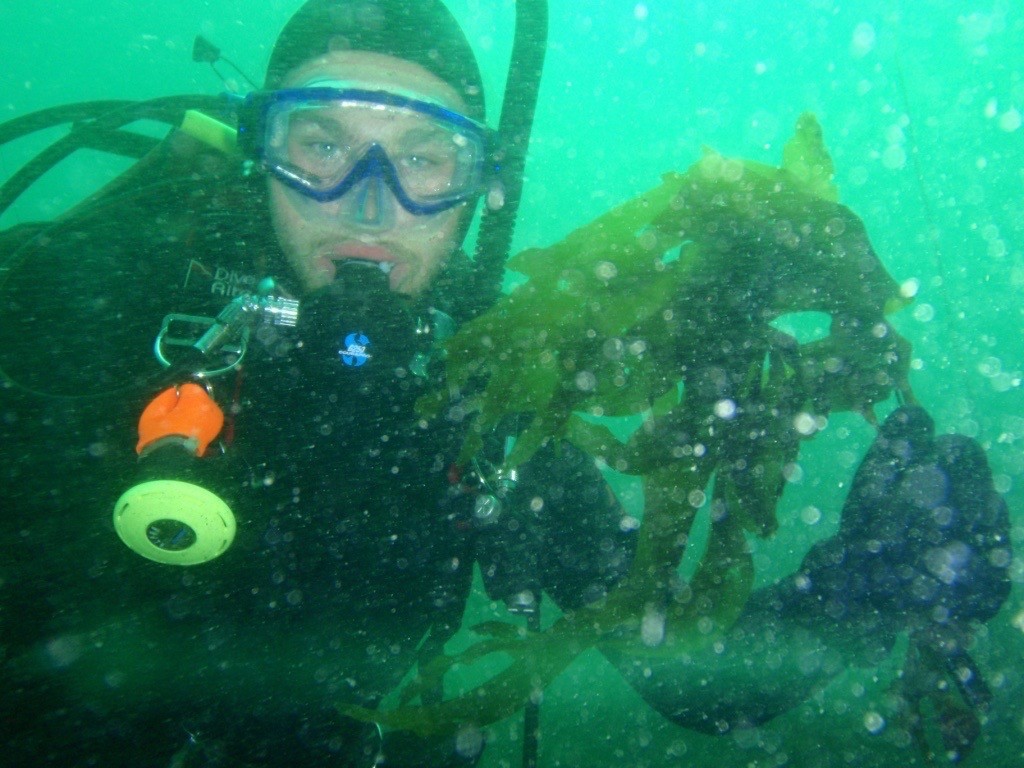 There was never any doubt that Marine Biology minor and Oceanography major Drew McWhirter loved the ocean. While living on Oahu for three years in middle school, he surfed, paddled canoes, snorkeled, played water polo and was a junior lifeguard. While he always wanted to learn how to dive, it wasn’t until he got into the colder waters of the Pacific Northwest that he decided to get started. In less than a year, Drew was conducting research of his own as a certified scientific diver.

Drew spent his spring quarter in 2015 studying marine invertebrate zoology and botany (zoo/bot) at Friday Harbor Labs (FHL), and he learned that FHL offers an annual summer course which certifies students as ‘AAUS Scientific Divers’. The American Academy of Underwater Sciences (AAUS) sets the standard for scientific diving that is recognized by OSHA for marine biologists and other scientists to conduct research underwater. Before starting on the certification at UW, students must already have their open water certification along with a minimum of 20 logged dives, but Drew hadn’t ever dived before. To get started, Drew first connected with the UW Underdawgs, a group for students, faculty and alumni interested in recreational SCUBA diving. Through the group, he was connected with a basic open-water certification class in Seattle as well as potential partners to start logging dives with. He spent the first part of summer diving off Alki in West Seattle with a variety of people: other marine bio minors, fraternity brothers, connections from FHL, and even a chef he worked with. 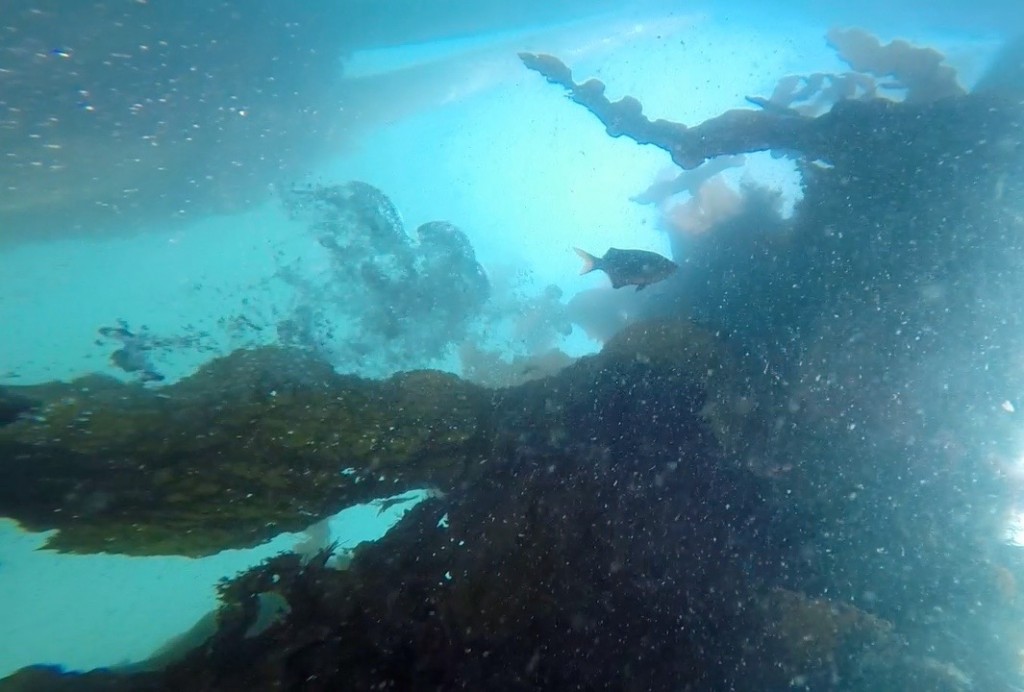 “It’s such a thrill being able to breathe underwater. Regardless of what you’re seeing, everything blows your mind. It’s like taking a step on a new planet.”

By late July, Drew was ready to get started with the more advanced skills included in the UW Scientific Diving Course at FHL. Under the instruction of FHL Dive Safety Officer Pema Kitaeff, he learned advanced safety skills, underwater research methods, and how to plan and communicate with your partners. He started putting his skills into practice through the ‘Ecology Between and Below Pacific Tides’ summer course at FHL with a research project on the growth and survival of young bull kelp (nereocystis leutkeana). The certification allowed Drew to measure and compare the growth of kelp in the lab and out in the field at 1 Mile Reef. This period of intensive training is just a start for Drew, and he hopes to get back to more scientific research underwater after graduating this spring.

The first step is to get open-water certified through a local dive shop (certification options include PADI, NAUI, SDI and SSI). Or, if you’re already a certified diver from another environment, try a local orientation to get acquainted with waters in the Pacific Northwest. Connect with the UW Underdawgs to get recommendations for classes through local dive shops (which sometimes offer discounts to the Underdawgs and for UW students). Friday Harbor Labs offers an AAUS certification course annually in the summer. This is a non-credit training course taught over two weeks. You must be medically cleared, have your own equipment, and you must show a logbook with a minimum of 20 dives in order to take the class.