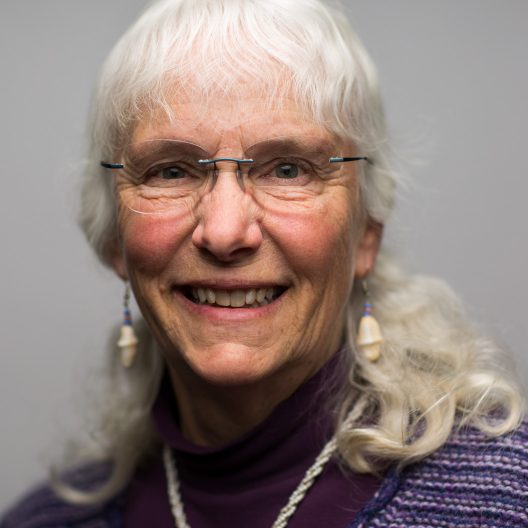 Megan Dethier is interested in marine ecology, especially the ecology of shorelines. Specific topics of interest are: plant-herbivore interactions, especially the roles of algal functional morphology, chemical defenses, and ecological refuges; the effects of intertidal stresses (e.g., desiccation) on energy allocation patterns in intertidal algae – how algae make “decisions” when stressed about how to allocate energy between growth, reproduction, and defense; the classification, long-term monitoring, and maintenance of biodiversity of intertidal habitats. She also is interested in invertebrate functional morphology, especially morphological features that confer resistance to predators.

Comparative morphology and biology of marine invertebrates with emphasis on field and laboratory studies. Representatives of all major and most minor phyla are collected, observed live, and studied in detail. Taken at Friday Harbor Laboratories. Opportunities to work with live plans and animals doing hands-on research of your own choosing.

In her own words

What were the key moments in your pathway to becoming a scientist and studying marine biology?

I spent childhood summers on the coast of Maine, forever cementing me to becoming a marine biologist. I had a fantastic biology teacher in high school. I did my first research as a junior in college during a quarter at the Bermuda Biological Station… but at that point I was already long committed to this career path.

What advice would you have for a high school student interested in marine biology?

Take math, get good with computers, and learn to write! None of those sound like ‘marine biology’, but they are all essential skills for really becoming a marine scientist.

Each year, the Seattle Aquarium recognizes individuals who are leaders in marine research, especially in the Pacific Northwest. This year that honor goes to Megan Dethier, a longtime researcher at the College of the Environment’s Friday Harbor Laboratories. She was recognized alongside George Willoughby from Friday Habor Labs’ Advancement Board, who received the Scott S. Patrick Award for his volunteer service. Also honored for her commitment to ocean science and conservation was National Geographic explorer-in-residence Sylvia Earle.

As associate director for academics and the environment at Friday Harbor Labs and a University of Washington professor of biology, Megan has spent her career studying the ecology of shorelines in the Pacific Northwest and around the globe. Her work focuses largely on the Salish Sea. She designed a classification system to help inventory and keep track of how marine habitats in Washington state may change, and has worked with the National Park Service and state agencies to design shoreline mapping and programs that help monitor the state’s shoreline health.

The Friday Harbor Laboratories is a world-class destination for research, teaching and learning. Megan’s Marine Zoology and Botany course is one of its longest-running, often co-taught with a visiting instructor. The class—affectionately known as ZooBots—allows students to work alongside Megan and other scientists exploring the unique biology and ecology of nearby marine environments. Her hands-on approach, accessibility to students and enthusiasm for the ecosystems of the Pacific Northwest make it one of the most popular classes offered at the labs.