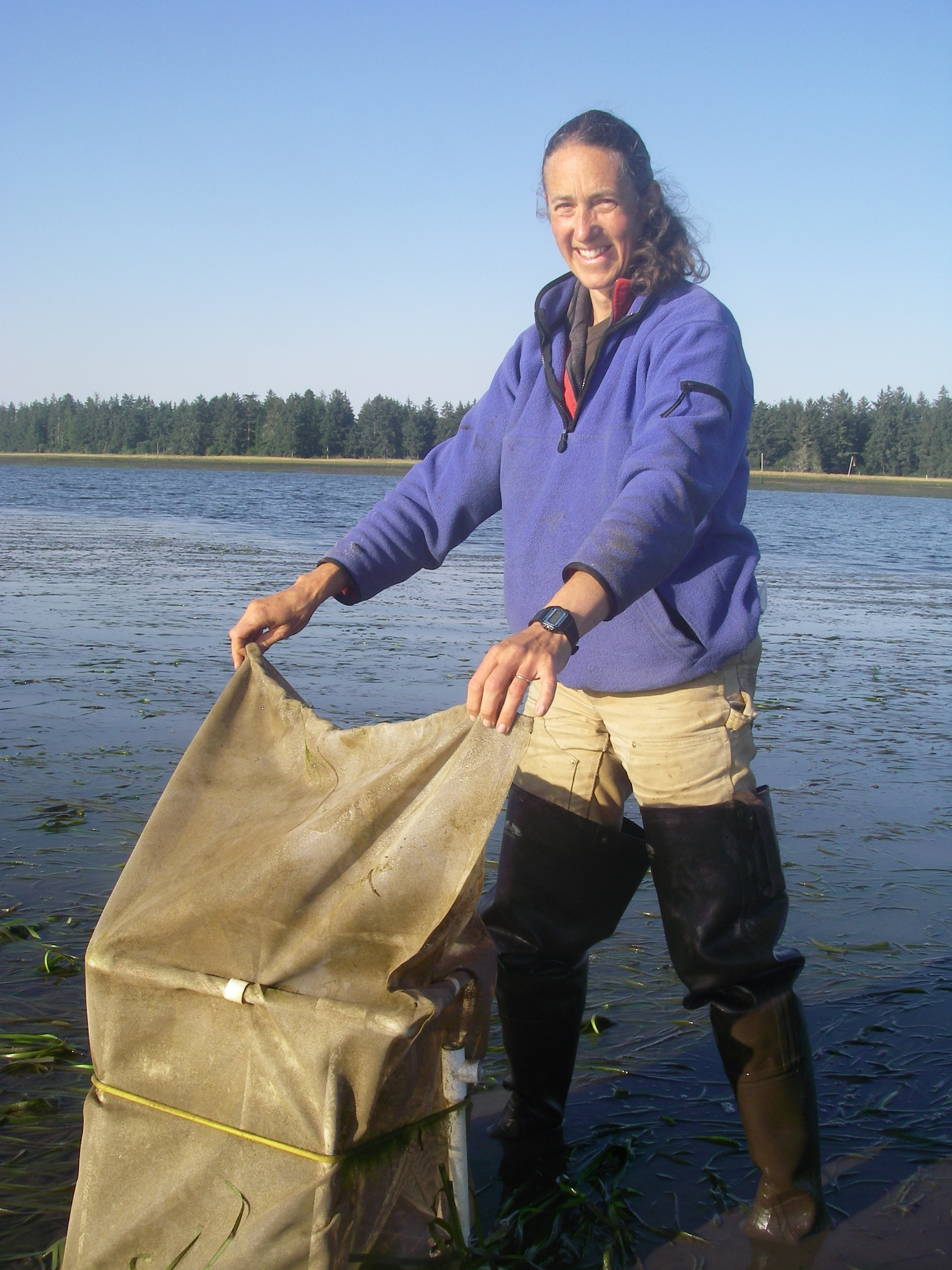 Jennifer Ruesink studies many aspects of biological diversity and ecosystem functioning, including habitat-forming species, non-native species, seagrasses, and biological responses to global change. She spends much of her time researching estuaries: where freshwater meets the ocean. Although they represent tiny parts of the marine environment, humans both depend on and influence the biological productivity of estuaries in many ways. Our dependence ranges from climate modulation to food production. Our influence includes physical engineering of estuarine tideflats and introduction of non-native species. Many mysteries remain where science can inform the use and protection of estuaries.

In her own words

Tell us about an undergraduate student you’re particularly impressed with. What did they do to get the most out of their work with you?

I have worked with a number of truly impressive undergraduate students who have done independent research in my lab. They were impressive during their research efforts, demonstrating organizational skills to set up field experiments and record data consistently. Three of them published their research as first authors in peer-reviewed journals. All seemed to find joy in being outside and dealt with inclement weather and soft estuarine mud with good humor (it always helps to be able to return to a dry field station and “second breakfast” after an early-morning low tide). Although some of these “wundergrads” have gone on to graduate school, others have found successful careers in research agencies, education, and environmental organizations. The extra work that they did as undergraduates helped them develop a portfolio demonstrating their teamwork, communication skills, and critical thinking -assets wherever you go in life!

What was a memorable moment from the field?

I am always on a quest to find native oysters. The non-native Pacific oysters are quite conspicuous in Washington state, but the smaller native Olympia oysters have been depressed below their historic abundances for about a century. There are a number of ideas but no firm generalizable fact about what keeps them rare in most locations. But… in many cases, they turn out to be not as rare as I initially thought. Two times in two different locations this spring, as I was out on a field trip with my students in Marine Ecology, someone picked up a large Pacific oyster in a seagrass bed and showed it to me. Eureka! Native oysters were nestled in the clump as well. There may not be enough in most places to harvest, but some have found suitable places for success. This spring, I was reinspired about life’s diversity and tenacity when students found something that was previously overlooked.